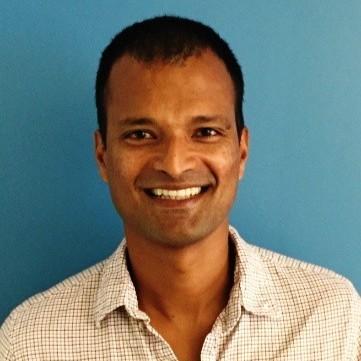 At Nyckel, we use C# extensively for critical parts of our stack. We publish a set of internal .NET libraries that are then used by our tools and services. Since nuget is the preferred .NET package manager, we publish and consume these libraries as nuget packages hosted on a private nuget repo on AWS CodeArtifact.

We insist on having a local development workflow for our stack. This is for two reason:

Naturally, we wanted a local development experience for verifying changes to our nuget libraries against their consumers. Setting this up took a surprising amount of research and effort. This post attempts to save you the same effort by showing you where we ended up.

For the rest of the post, let’s assume we have the following:

The solution requires setting up project dependencies for inter-library dependencies, and a local nuget repository for quick testing of library-consumer dependencies. Below I walk through those, build and package steps, and some gotchas like nuget package caching.

Nyckel.Http.csproj has the following lines it it:

You’ll notice that there’s nothing special here - it’s just the usual project reference from Nyckel.Http to Nyckel.Common (remember that they are in the same git repository, so the relative path reference works). We were initially worried that it would result in Nyckel.Common.dll being copied over instead of creating a nuget reference. But, as we shall see when we test it out, it actually does the right thing.

For requirement #2, to minimize cycle time, we set up a local nuget repository. Run the following:

This sets up a local nuget repository at ~/nuget and names it local. We will soon be pushing to it when building locally.

CI systems usually have a monotonically increasing build number that you can use to version your nuget packages and publish them as immutable artifacts. We currently use a version number of the form 1.0.<build-number>. For local builds, however, we don’t care about immutability and want to avoid the cognitive overhead of incrementing some version number when publishing and consuming. Instead, we always use the version 1.0.0-local.

This presents a challenge - nuget caches recently used packages so that they don’t have to be fetched from their (usually remote) repositories each time. Unfortunately, the cache is used even for locally published packages. Given this, and given our fixed 1.0.0-local version number, we could end up in a situation where Nyckel.Server is using an older cached version of Nyckel.Http. To get around this, we add a step to the library .csproj files that clears the local cache before creating a new nuget package. Let’s look at this next.

In the dotnet-libraries repo, we have a Nuget.targets file that contains the following:

This does a few things:

In each of our library .csproj files (like Nyckel.Common.csproj and Nyckel.Proxy.csproj), we add the following snippet to include the above file:

To build libraries locally, we run the following from the root of the dotnet-libraries project:

Nothing fancy - just the normal build command. It works because we have a .sln solution file in the repo root, and because the project dependencies (and build order) are encoded in .csproj files. We followed instructions here to use the dotnet sln command to create a solution file and add projects to it.

To create nuget packages and publish to the local nuget repository, we run the following:

On our CI system we set up AWS CodeArtifact as a nuget repo named nyckel/libraries. We run the following from the root of the dotnet-libraries project:

When we want Nyckel.Server to use the latest version of Nyckel.Http, we update the version in Nyckel.Server.csproj to 1.0.$CI_BUILD_NUMBER for the latest CI build of the dotnet-libraries repo.

To make sure that it all works as expected, we ran the following steps:

As you can see, getting everything to work is not trivial, even without all the research and trial-and-error it took to get here. Despite the level of effort, we are happy with our setup. If you have similar requirements, I hope you find this write-up helpful.